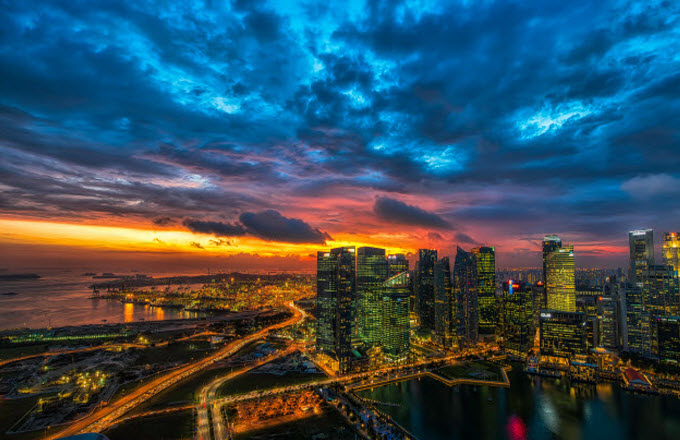 Better off out or in the European Union by the end of 2017?
Share This

David Cameron has promised a referendum on whether Britain should remain in the European Union by the end of 2017. Here is a summary of the key arguments for and against British membership.

If Britain votes to leave the EU, it will have to negotiate a new trading relationship with what would now be a 27 member organisation, to allow British firms to sell goods and services to EU countries without being hit by excessive tariffs and other restrictions.

Better off in: An "amicable divorce" is a pipe dream, pro-EU campaigners argue. France, Germany and other leading EU nations would never allow Britain a "pick and mix" approach to the bloc's rules. Norway and Switzerland have to abide by many EU rules without any influence over how they are formed and have to pay to access the single market. Negotiating a comprehensive free trade agreement could take years and have an uncertain outcome. And if Britain went for a completely clean break with the EU its exports would be subject to tariffs and would still have to meet EU production standards, harming the competitiveness of British business.

The run-up to the EU referendum is likely to be dominated by competing claims about how many millions of jobs will be lost or gained by Britain's exit. All such claims come with a health warning. Coming up with a precise figure is difficult as there is no way of knowing if threats by foreign companies to scale back their operations in the UK would come to pass or, indeed, how many jobs would be created by the reshaped economy that might emerge in the wake of an exit.

Better off out: There would be a jobs boom as firms are freed from EU regulations and red tape, say those arguing for an exit, with small- and medium-sized companies who don't trade with the EU benefiting the most. In its recent paper, the EU Jobs Myth, the free market Institute for Economic Affairs seeks to debunk the claim that 3-4 million jobs would be lost if Britain left. "Jobs are associated with trade, not membership of a political union, and there is little evidence to suggest that trade would substantially fall between British businesses and European consumers in the event the UK was outside the EU," it argues. "The UK labour market is incredibly dynamic, and would adapt quickly to changed relationships with the EU."

Better off in: Millions of jobs would be lost as global manufacturers moved to lower-cost EU countries. Britain's large, foreign-owned car industry would be particularly at risk. "The attractiveness of the UK as a place to invest and do automotive business is clearly underpinned by the UK's influential membership of the EU," said a KPMG report on the car industry last year. The financial services sector, which employs about 2.1 million people in the UK, also has concerns about a British exit. "The success of the UK financial services industry is to a large extent built on EU Internal Market legislation. To abandon this for some untried, unknown and unpredictable alternative would carry very significant risks," said global law firm Clifford Chance in a report by think tank TheCityUK last year